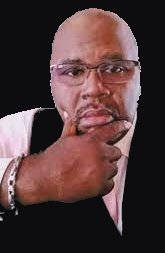 S.A. COSBY is an Anthony Award-winning writer from Southeastern Virginia. He is the author of the New York Times bestseller Razorblade Tears and Blacktop Wasteland, which won the Los Angeles Times Book Prize, was a New York Times Notable Book, and was named a best book of the year by NPR, The Guardian, and Library Journal, among others. When not writing, he is an avid hiker and chess player.

His short fiction has appeared in numerous anthologies and magazines, and his story “Slant-Six” was selected as a Distinguished Story in Best American Mystery Stories for 2016. His short story “The Grass Beneath My Feet” won the Anthony Award for Best Short Story in 2019. His writing has been called “gritty and heartbreaking” and “dark, thrilling and tragic” and “raw ,emotional and profound “.

The making of a crime fiction sensation.

“I’m still proud of that book. It convinced me I could write a book. I wouldn’t be where I am today if it wasn’t for that book.”

That book, My Darkest Prayer, Shawn “S.A.” Cosby’s first thriller, was published in 2019 by a small Maryland publisher and few noticed. It got some nice reviews, but every book signing was sparsely attended. Not unusual for a first-time crime novelist. A Black father. A white father. Two murdered sons. A quest for vengeance.

Ike Randolph has been out of jail for fifteen years, with not so much as a speeding ticket in all that time. But a Black man with cops at the door knows to be afraid.

The last thing he expects to hear is that his son Isiah has been murdered, along with Isiah’s white husband, Derek. Ike had never fully accepted his son but is devastated by his loss.

Derek’s father Buddy Lee was almost as ashamed of Derek for being gay as Derek was ashamed of his father’s criminal record. Buddy Lee still has contacts in the underworld, though, and he wants to know who killed his boy.

Ike and Buddy Lee, two ex-cons with little else in common other than a criminal past and a love for their dead sons, band together in their desperate desire for revenge. In their quest to do better for their sons in death than they did in life, hardened men Ike and Buddy Lee will confront their own prejudices about their sons and each other, as they rain down vengeance upon those who hurt their boys. A husband, a father, a son, a business owner . . .  And the best getaway driver east of the Mississippi.

Beauregard “Bug” Montage is an honest mechanic, a loving husband, and a hard-working dad. Bug knows there’s no future in the man he used to be: known from the hills of North Carolina to the beaches of Florida as the best wheelman on the East Coast.

He thought he’d left all that behind him, but as his carefully built new life begins to crumble, he finds himself drawn inexorably back into a world of blood and bullets. When a smooth-talking former associate comes calling with a can’t-miss jewelry store heist, Bug feels he has no choice but to get back in the driver’s seat. And Bug is at his best where the scent of gasoline mixes with the smell of fear.

Haunted by the ghost of who he used to be and the father who disappeared when he needed him most, Bug must find a way to navigate this blacktop wasteland…or die trying.

Inspiration in a Handful of Dust

When I was five years old the trailer I lived in with my mom and dad and brother burned to the ground. Anyone who knows anything about mobile homes knows they go up like candles soaked in gasoline. Whether it’s working at his cousin’s funeral home or tossing around the local riff raff at his favorite bar, Nathan Waymaker is a man who knows how to handle the bodies. A former Marine and Sheriff’s deputy, Nathan has built a reputation in his small Southern town as a man who can help when all other avenues have been exhausted. When a local minister with grandiose ambitions is found dead, Nathan is approached by his parishioners who feel the local police are dragging their feet with the investigation.

*  BROTHERHOOD OF THE BLADE All his life Catlow Creedence has been told that he is different. While other boys his age could indulge in youthful pursuits Catlow was forced to learn “The Way of the Sword”. His friends prepared for summer vacations and college boards while Catlow prepared for battle. A battle he doubts will ever take place. His family is heir to an inheritance of blood and steel.They are the unhearlded defenders of mankind. They are warriors of uncommon honor and incredible skill.

They are the Brotherhood of the Blade.

All Catlow wants to be is an ordinary teenager.yet his father ,legendary swordmaker and swordsman Pretlow Creedence has other plans.Pretlow had dedicated his life to the Brotherhood and their sacred covenant . A covenant that strives to save mankind from itself.As events and portents begin to manifest the coming the Judges ,Pretlow realizes his son has lost faith in their duty as well as their destiny. As danger begins to encircle them father and son find themselves fight not only their enemies ,but each other as well. Secrets don’t remain secrets for long in the quest for world domination. A gesture of peace in a war-torn world turns out to be a deadly weapon that could affect the entire planet. In a world divided between two superpowers, a cast of unexpected characters may be the Federation’s only hope of survival. The notorious traitor, Simon De La Roche intends to get his hands on the weapon before it is delivered. His unsavory partners will share in the reward if they succeed.

Caught in the middle of the intrigue is Doctor Elizabeth “Beth” McIntyre, a brilliant young research scientist serving in the Federation Air Corps and a daughter of a famous general in the Federation. Beth is well-educated, but she will have to learn to decipher the truth from the lies told by those closest to her if she and the world are to survive.

UP Next:  DAVID ELLIS LEGAL THRILLERS — by David Ellis