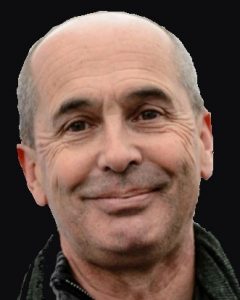 This series features Boone Daniels, a private investigator and surfer in San Diego.. Every morning Boone Daniels catches waves with the other members of The Dawn Patrol: four men and one woman as single-minded about surfing as he is. Or nearly. They have “real j-o-b-s”; Boone, however, works as a PI just enough to keep himself afloat. But Boone’s most recent gig — investigating an insurance scam — has unexpectedly led him to a ghost from his past. And while he may have to miss the biggest swell of his surfing career, this job is about to give him a wilder ride than anything he’s ever encountered.

Filled with killer waves and a coast line to break your heart, The Dawn Patrol will leave you gasping for air.

“You get a gun pointed at your head, it changes you.”
— Don Winslow

“Everything tastes better on a tortilla.”
— Boone Daniels

Former cop turned investigator Boone Daniels lives to surf. He begins each day with the Dawn Patrol, a close-knit group of surfers who have one another’s backs in and out of the water. When one of their own, a local legend, is murdered, the small world of Pacific Beach is rocked to its core. But when Boone agrees to defend the young man accused, the outrage from the community is more than he ever anticipated, and as he digs deeper into San Diego’s murkier side, it becomes clear that not just a murder case is at stake. Boone soon finds himself out there alone, struggling to stay afloat as the waves get rougher and rougher . . . and more deadly.

“The second shift on the daily surfing clock, the Gentlemen’s Hour follows the Dawn Patrol in the rotation as the hard-charging younger guys from the early-morning session go to their j-o-b-s, leaving the beach to the older veteranos–the retirees, doctors, lawyers and successful entrepreneurs who have the nine-to-five in the rearview mirror.”
— Don Winslow

“The meaning of life is to stay underwater for as long as possible.”
— Boone Daniels No matter how you come into this world, you come out broken . . .

In six intense short novels connected by the themes of crime, corruption, vengeance, justice, loss, betrayal, guilt and redemption, Broken is #1 international bestseller Don Winslow at his nerve-shattering, pulse-pounding, heartbreaking best. In Broken, he creates a world of high-level thieves and low-life crooks, obsessed cops struggling with life on and off the job, private detectives, dope dealers, bounty hunters and fugitives, the lost souls driving without headlights through the dark night on the American criminal highway.

This is a collection of six short novels, several of which revisit characters and scenes from some old favorites. One of those favorites Boone Daniels, the surf-bum-PI from The Dawn Patrol and The Gentlemen’s Hour, is now back as a part-time bail-bonds agent in Sunset.

“They say never to meet your heros.”
— Don Winslow, Broken/Sunset