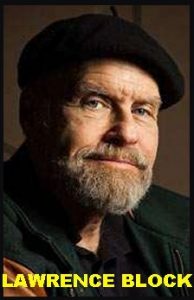 In 1994 Lawrence Block won the Mystery Grand Master Award from the Mystery Writers of America and has also won Edgar, Shamus, and Maltese Falcon awards for his work. In 2004 Lawrence Block was awarded the Crime Writers’ Association Cartier Diamond Dagger Award for a lifetime’s achievement in crime writing. Keller is your basic urban Lonely Guy. He makes a decent wage, lives in a nice apartment. Works the crossword puzzle. Watches a little TV. Until the phone rings and he packs a suitcase, gets on a plane, flies halfway across the country…and kills somebody. It’s a living. But is it a life? Keller’s not sure. He goes to a shrink, but it doesn’t work out the way he planned. He gets a dog, he gets a girlfriend. He gets along. Keller is a regular guy. He goes to the movies, works on his stamp collection. Call him for jury duty and he serves without complaint. Then every so often he gets a phone call from White Plains that sends him flying off somewhere to kill a perfect stranger. Keller is a pro and very good at what he does. But the jobs have started to go wrong. The realization is slow coming yet, when it arrives, it is irrefutable: Someone out there is trying to hit the hit man. Keller, God help him, has found his way onto somebody else’s hit list. Keller is friendly. Industrious. A bit lonely, sometimes. If it wasn’t for the fact that he kills people for a living, he’d be just your average Joe. The inconvenient wife, the troublesome sports star, the greedy business partner, the vicious dog, he’ll take care of them all, quietly and efficiently. If the price is right.

Like the rest of us, Keller’s starting to worry about his retirement. After all, he’s not getting any younger. (His victims, on the other hand, aren’t getting any older.) So he contacts his “booking agent,” Dot, up in White Plains, and tells her to keep the hits coming. He’ll take any job, anywhere. His nest egg needs fattening up.

Of course, being less choosy means taking greater risks—and that could buy Keller some big trouble. Then again, in this game, there are plenty of opportunities for some inventive improvisation . . . and a determined self-motivator can make a killing. For years now Keller’s had places to go and people to kill.

But enough is enough. Just one more job—paid in advance—and he’s going to retire. Waiting in Des Moines for the client’s go-ahead, Keller’s picking out stamps for his collection at a shop in Urbandale when somebody guns down the charismatic governor of Ohio. Back at his motel, Keller sees the killer’s face broadcast on TV. A face he’s seen quite often. Every morning. In the mirror.

Keller calls his associate Dot in White Plains, but there’s no answer. He’s stranded halfway across the country, and every cop in America has just seen his picture. His ID and credit cards are no longer good, and he just spent almost all of his cash on the stamps. A man named Nicholas Edwards lives in New Orleans renovating houses, doing honest work and making decent money at it. Between his family and his stamp collection, all his spare time is happily accounted for. Sometimes it’s hard to remember that he used to kill people for a living.

But when the nation’s economy tanks, taking the construction business with it, all it takes is one phone call to drag him back into the game. It may say Nicholas Edwards on his driver’s license and credit cards, but he’s back to being the man he always was: Keller.

Keller’s work takes him to New York, the former home he hasn’t dared revisit, where his target is the abbot of a midtown monastery. Another call puts him on a West Indies cruise, with several interesting fellow passengers — the government witness, the incandescent young woman keeping the witness company, and, sharing Keller’s cabin, his wife, Julia. But the high drama comes in Cheyenne, where a recent widow is looking to sell her husband’s stamp collection . . . * Keller on the Spot LAWRENCE BLOCK ON THE CRAFT OF WRITING * Telling Lies for Fun and Profit * Writing the Novel from Plot to Print to Pixel * Why Writers Must Go On

* Tips from the Masters: Lawrence Block

UP NEXT:  THE JANUARY 2023 BOTM FEATURE WILL BE . . .
STAY TUNED!  THE DETECTIVE SERGEANT MULLHEISEN MYSTERIES – By Jon A. Jackson

ONE YEAR AGO THE DECEMBER 2021 BOTM WAS: