You can read all our Psycho-Thrillers Reading Group discussions for FREEE. But we would love to hear your comments, too. Join our group and comment. It’s painless and it’s FREEE. Become a Member NOW!

FOLLOWING TWENTY-FIVE YEARS flying every kind of attack helicopter the Army has to offer, Joelene Stonehouse returns to a civilian world she barely recognizes. But sitting home alone painting pictures of horses and cows doesn’t cut it. Following a life of danger and excitement, what’s a warrior to do?

So her sister sets her up as a kind of independent courier / transporter for an alliance of East Coast import / export operators. Now, equipped with a set of hot wheels and a tight schedule, she’s off — no questions asked . . .

Then her world comes apart, sending Joelene on the warpath again — which is just the way she likes it.

Tammy Duckworth was born on March 12, 1968, in Bangkok, Thailand. She was deployed to serve in the Iraq War in 2004 and lost both of her legs when her helicopter was struck.
** CLICK TO VIEW

As a Woman Serving Alongside Green Berets, I Had No Problem Keeping Up. It Wasn’t Enough.
** CLICK TO VIEW

Her Title: Cryptologic Technician. Her Occupation: Warrior.
** CLICK TO VIEW

Shannon Kent spent much of her professional life beginning in 2007 on operations with Navy SEALs and other elite forces — until a suicide bombing took her life in northeastern Syria in January 2019.

Female Helicopter Pilot Took on the Taliban—and the Pentagon

After receiving the Purple Heart and Distinguished Flying Cross, Maj. Mary Jennings Hegar fought for the right to fight.
** CLICK TO VIEW

“I’m doing the things I’m doing for my daughters and the younger generation that is coming up behind me. The women who came before me did a lot and I owe them that. I need to pay it forward and do something for the women of tomorrow.” 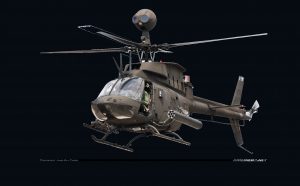 On June 29, 2009, Air National Guard major Mary Jennings “MJ” Hegar was shot down while on a Medevac mission on her third tour in Afghanistan. Despite being wounded, she fought the enemy and saved the lives of her crew and their patients. But soon she would face a new battle: to give women who serve on the front lines the credit they deserve .  .  .

The inspiring and riveting first-ever memoir of active combat by a female helicopter pilot in Iraq and Afghanistan.

Amber Smith flew into enemy fire in some of the most dangerous combat zones in the world. One of only a few women to fly the Kiowa Warrior helicopter—whose mission, armed reconnaissance, required its pilots to stay low and fly fast, perilously close to the fight—Smith deployed to Iraq and Afghanistan as a member of the elite 2-17 Cavalry Regiment, part of the legendary 101st Airborne Division, the Screaming Eagles. She rose to Pilot-in-Command and Air Mission Commander in the premier Kiowa unit in the Army, repeatedly flying into harm’s way during her 2005 and 2008 deployments.

Ashley’s War: The Untold Story of a Team of Women Soldiers on the Special Ops Battlefield
**CLICK TO VIEW

In 2010, the Army created Cultural Support Teams, a secret pilot program to insert women alongside Special Operations soldiers battling in Afghanistan. The Army reasoned that women could play a unique role on Special Ops teams: accompanying their male colleagues on raids and, while those soldiers were searching for insurgents, questioning the mothers, sisters, daughters and wives living at the compound.

Inside ‘Ashley’s War,’ Story of a Special Ops Program That Put Woman in Afghanistan War Zones
** CLICK TO VIEW

This stirring novel set in Afghanistan focuses on two women—an American aid worker and her local interpreter, who form an unexpected friendship despite their utterly different life experiences and the ever-increasing violence that surrounds them. ​In 2001, Kabul is suddenly a place of possibility as people fling off years of repressive Taliban rule.

Breaking Cover: My Secret Life in the CIA and What It Taught Me about What’s Worth Fighting For
** CLICK TO VIEW

Michele Rigby Assad spent a decade working as an undercover intelligence officer in the CIA’s Directorate of Operations. While serving as a counterterrorism and counterintelligence specialist, Michele realized the value of being different in an industry that was largely lacking in diversity.

Near the beginning of Michele Rigby Assad’s book, she mentions a WWII spy named Virginia Hall. Her story is quite interesting for a number of reasons. Here are a few links about the exploits of this amazing woman:

40 Stories From Women About Life in the Military